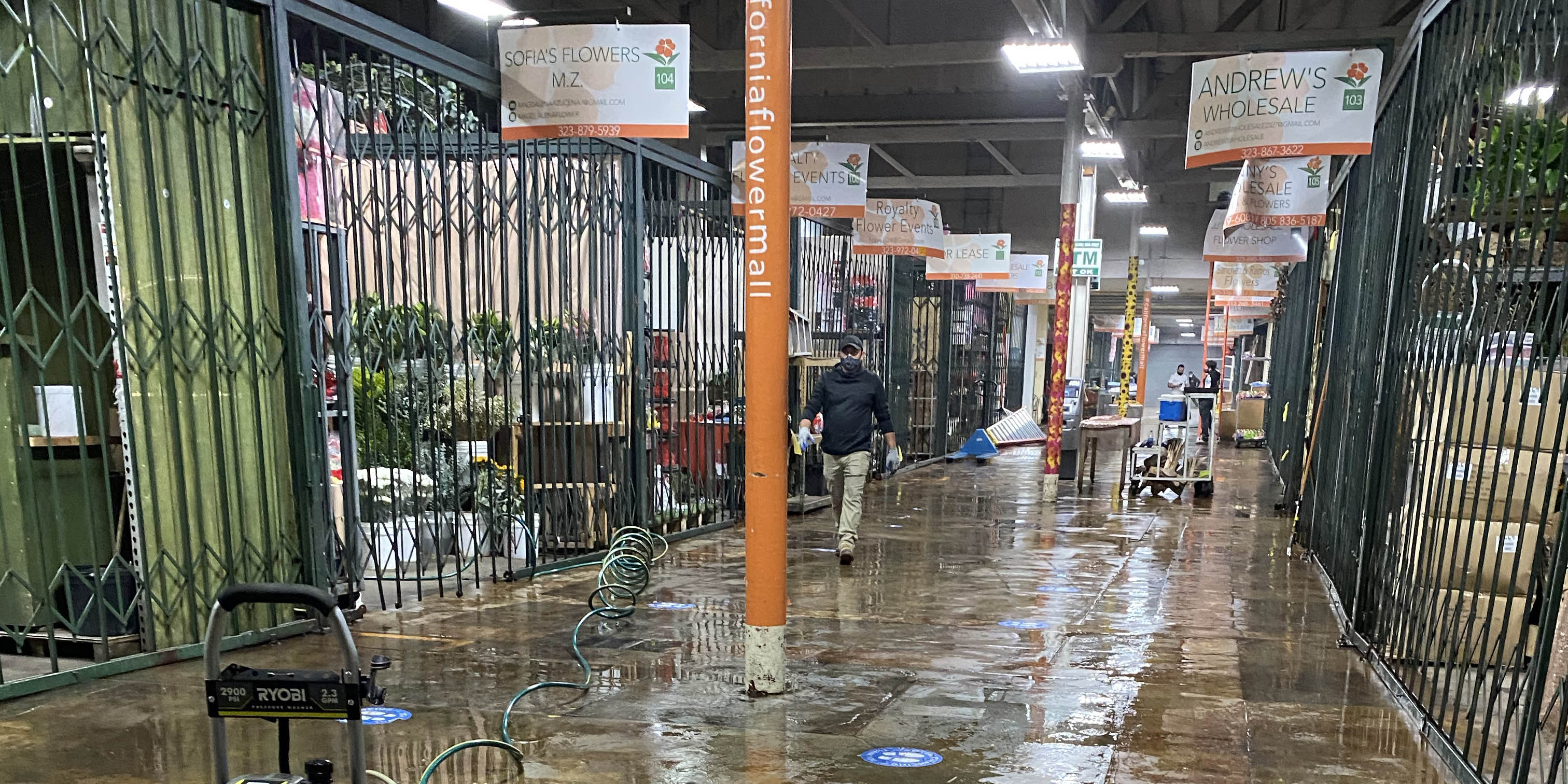 Just after 5pm that evening, the owner of the California Flower Mall (CFM), Mark Chatoff, and one of his employees were in his second-story office finishing up some work for the day when his employee mentioned that she smelled smoke. Seconds later, Mark realized that there was a fire on the ground floor where all of the flower vendors' stalls are housed. He immediately called the Fire Department and ran downstairs to see if he could locate the source of the fire.

Within a couple of minutes there were multiple explosions in the space due to the fire coming into contact with an inventory of spray paint cans, which are commonly used to create custom floral arrangements. As you can imagine, this fire turned into an extremely dangerous situation very quickly.

When discussing the incident with Mark, he was absolutely certain that the entire building would have burned down and been a complete loss had the community not acted and responded so quickly. Here are a few KEY moments during the incident that made the difference in life or death for Mark and his employee, as well as the CFM still standing and being operational today:

Once the fire was contained and put out, Mark realized there was no way to secure the building throughout the night because the Fire Department had to bust down one of the main entrances to the building. Again, the community was able to step in and help resolve this issue, as members of the LA Fashion District's Safety Team were able to ensure that the space was secured until the following morning.

Thankfully nobody was injured in the incident. And while there was significant damage, the damage only impacted 1 of the 30 floral vendors' ability to continue conducting business. Due to the ongoing struggles that small businesses continue to face throughout the pandemic, Mark made it a priority to relocate the displaced floral vendor to a nearby vacant unit, and the following day he had Allied Restoration Services, a fire restoration company, onsite to assess the damage and begin cleanup. Time was and continues to be of the essence as the floral vendors prepare for their lucrative Valentine's Day business.

From the neighboring Industrial District's Safe Team member's heroic actions and the LAFD's quick response, to the Fashion District Safe Team's ability to secure the space over night and Allied Restoration's dilligent cleanup efforts, it's been nothing short of a miracle (made possible by the community) that the California Flower Mall has been able to withstand this fire, continue its operations, and be ready to service the region for one of the most important holidays for the floral industry.

Thank you to Mark from CFM for sharing this information -- and especially to the Los Angeles Fire Department, our very own LA Fashion District Safe Team, the Industrial District Safe Team Member, and Allied Restoration Services for making this Valentine's Day possible for the California Flower Mall and the 30 small businesses housed there.