Jim Jefferies is one of the most popular and respected comedians of his generation, entertaining audiences across the globe with his provocative, belief-challenging, and thought-provoking comedy.  He was recently named one of the top 5 touring comedians in the world.

After receiving rave reviews for his 2018 international stand up tour, The Unusual Punishment Tour, Jim is back on the road with an entirely new routine for his The Night Talker Tour, with his internationa lleg kicking off this November 2019. Additionally, Jim was recently honored as Stand-Up Comedian of the Year at the Just for Laughs Festival this summer.  Jim is working with NBC on a multi-camera pilot which he would star infrom writer-producer Suzanne Martin, SeanHayes and Todd Milliner’s Hazy Mills and Universal TV.

In 2018, Jim starred in his third Netflix comedy special JIM JEFFERIES: THIS IS ME NOW.  Performing at the Eventim Apollo in London, he unapologetically kept it real opening up the challenges of being a single father, as well as the weirdest gig he ever played. In 2017, he released his fifth major stand up special in sevenyears, FREEDUMB. The special was Jim’s second to air on Netflix, and followed the huge success of the first, JIM JEFFERIES: BARE, in which he delivered a now iconic routine on guns and gun control in the United States.

In addition, Jim created, wrote, produced, and starred in the critically acclaimed FX series LEGIT, which ran for two season and has since gained a cult following.  He has also appeared in the films KILLING HASSELHOFF and PUNCHING HENRY. 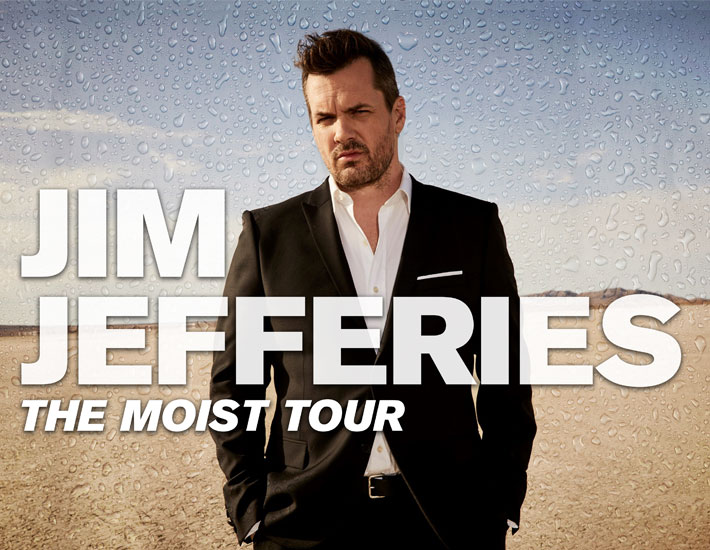